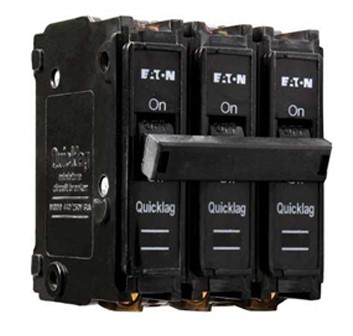 A circuit breaker is an electronic device used to ensure the circuit is safe and reliable to operate. The basic operating theory is that it keeps track of the current flow in the circuit direction it is mounted, and if the moving current value reaches the necessary value, it breaks the contact immediately and stops external wiring and electronics from damaging due to excessive current.

The Importance Of Circuit Breaker In The Commercial Building

Many industries still use traditional fuses, but with a basic safety feature called the circuit breaker they can be replaced. A circuit breaker switch has the fundamental function of distinguishing any flawed condition in the electrical framework and ending the electricity stream to ensure security. Numerous properties have been destroyed and lives lost due to short circuits which could have been mistakenly terminated in time if circuit breakers were present. Installing a circuit is a job for a professional electrician which they usually do for most commercial buildings and industries.

Circuit breakers may be divided into two basic types, based on their actuation process. We can be run manually, or controlled remotely.

But a circuit breaker's simple design usually consists of a bimetallic magnet, which bends or strips the connection depending on the state if the circuit breaker is to be opened or closed.

Circuit Breaker Or Fuse—What To Prefer?

Fuses are a less expensive route to protect against overcurrent. These also react faster than a circuit breaker, and are believed to be better than breakers because they have fewer moving parts. The metal either heats or refuses to melt. On the other hand, circuit breakers could theoretically fail if the internal workings appear to be defective. As they respond differently than a fuse, it could potentially cause harm to devices and electronics.

Replacing a fuse requires considerate sensitivity to the circuit's amperage. Ultimately installing a 30 amp fuse on a 20 amp circuit could result in an electric fire.

The following benefits are offered by circuit breakers as compared to fuses:

ü A circuit breaker can be reset unlike fuses which only work once and need to be replaced.

·        An important thing for an automatic circuit breaker is that no manual attachment and reattachment of the contacts is required, because of which no human effort monitoring is required time and time again, and the circuit can operate on its own in the safest way.

·        It also maintains the connections automatically and the circuit begins working again.

·        Another advantage is that unlike a fuse or any other safety device it doesn't need any repair.

·        It can be repeated as well as before, as its operating theory is very cleverly built and it continues to be one of the simplest systems for safe and reliable circuit operation.

When you buy a circuit breaker at leading online electrical store in Australia, quality and cost-effectiveness are guaranteed.