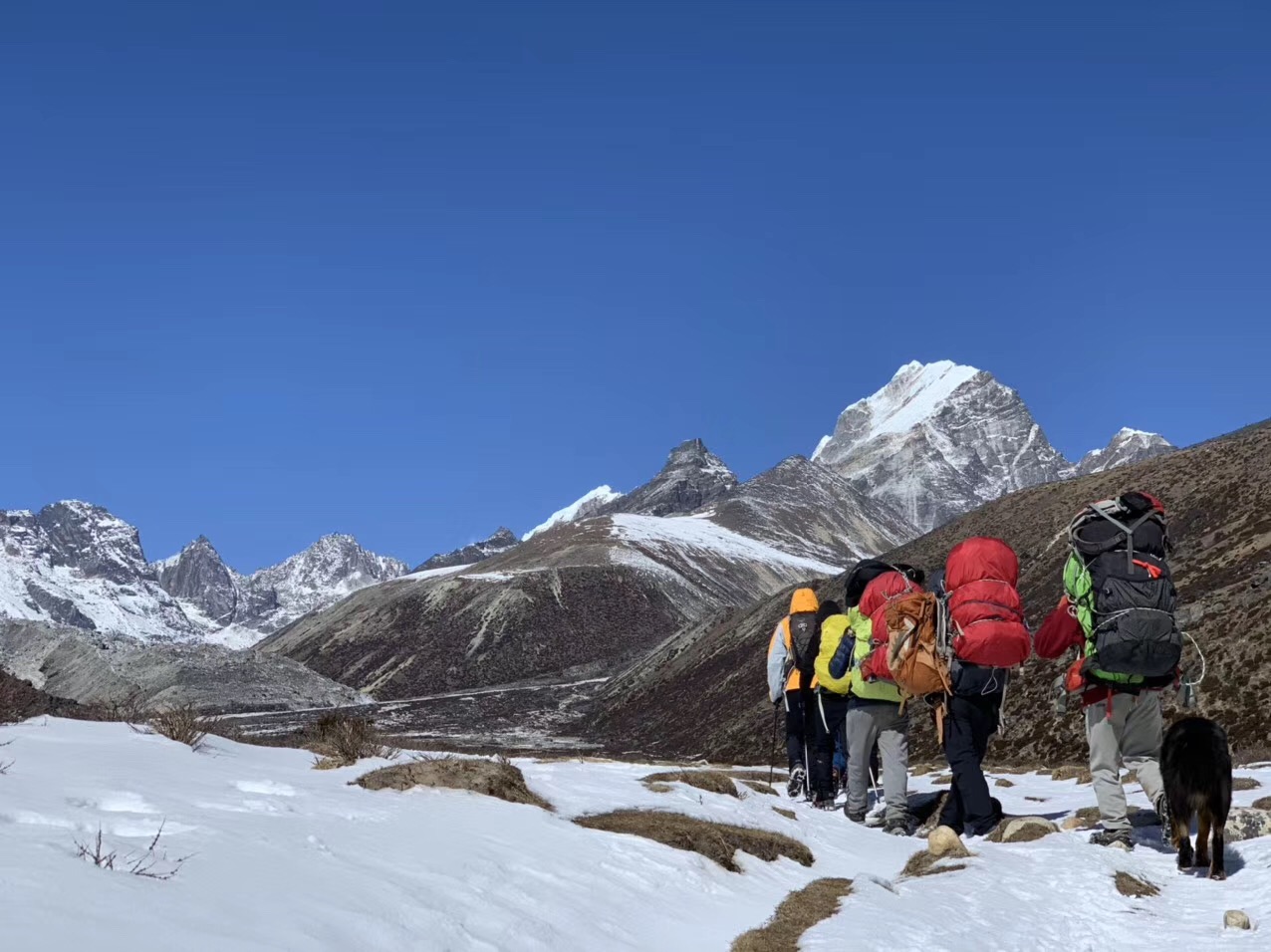 Nepal is renowned for its magnificent Himalayas and diverse culture as it offers you unlimited choices. If you are a trekking enthusiast, calling for thrilling adventures, Nepal is a must-visit. As such, Annapurna Base Camp Trek and Everest Base Camp Trek are the two most popular trekking destinations in Nepal. However, many face the dilemma of choosing one over the other for their dream trek. While there is no definite answer, one of these two will be a little more suitable and preferable as per your needs.

First, you must get some basic information about both the treks. Annapurna Base Camp will give you a panoramic view of glistening Annapurna Mountains from the base camp of the Mt. Annapurna (8091m) – the tenth highest peak in the world. You will be following the crystal-clear Modi River that will lead you to the Machhapuchhre Base Camp at the height of 3700 meters. Along with the company of the Annapurna and Lamjung Himal ranges, you will reach the Annapurna Base Camp itself. The trails on the ABC trek are filled with the inhabitants of Gurung ethnicity.

Everest Base Camp Trek is another remarkable venture that will take you through the beautiful Khumbu Valley and the Sagarmatha National Park. The blissful moment you will experience after you reach the base camp of the highest mountain in the world, Mt Everest (8848m), is just indescribable. The views of Nuptse (7861m), Lhotse (8516m), Ama Dablam (6856m), Cho Oyu (8201m), the Mt. Everest (8848m), and many more are just jaw-dropping. Similarly, the Sherpa villages along the trekking trail will offer to peek into the lifestyle and culture of this Himalayan community.

Specialties of the ABC and EBC Treks

Annapurna Base Camp Trek is a hub of Gurung and Magar people. You can easily notice the shifts in the lifestyle and culture as you trek from one village to another. With a variety of ethnic communities, it is no doubt that you can enjoy a different culture and their respective traditions. Everest region, on the other side, has a high dominance from the Sherpa people. The legendary Sherpa community will show you their lively lifestyles and make you feel homely with their unique norms.

Tadapani and Sinuwa are a couple of destinations on the ABC trek which allow travelers to enjoy the cultural side of things. Similarly, Namche, Tengboche, and Lobuche are the Sherpa villages on the EBC trek. While Jhinu Danda and its natural hot springs offer respite to travelers on the ABC trek, the ancient monasteries, Chortens, and prayer flags maintain a spiritual aura on the EBC trek.

Highlights of ABC and EBC

Passing through numerous eye-catching waterfalls and homely villages ABC will further take you to the Hinku Cave as well. Whereas, you will be crossing some traditional villages like Namche Bazaar, Dingboche, Lobuche, and Tengboche on the EBC trek.

The prime attraction of ABC trek is the panorama of Annapurna and Dhaulagiri Massifs with the best viewpoint of sunrise and sunsets in the Himalayas. EBC trek will give you a chance to visit the world’s highest monastery at Tengboche along with the Buddhist Sherpa culture.

The highest on the ABC trek is the Annapurna Base Camp itself which is worth all those challenges you face whereas the Everest Base Camp trek ends at the Everest Base Camp. Alternatively, you can also choose to hike to the top of Kalapatthar (5545m) offering one of the best viewpoints of the Mt. Everest (8848m).

Trekking Trail of ABC and EBC

Now that you are familiar with all the necessary information about both these treks, we can move to its trails. It is not very difficult to get to the Annapurna region, its gateway being the beautiful Pokhara city. On the other hand, the entrance to Everest Base Camp is Lukla. Travelers can easily reach Lukla via a flight from Kathmandu to Lukla. As an alternative, you can also drive to Jiri and trek across the lower Khumbu region to reach Lukla.

The comparison between these two treks based on their trekking difficulty will make it a lot easier for you to choose the appropriate one. We all know that altitude sickness is a major concern when it comes to trekking. Based on this fact, if we compare these two trips, Everest Base Camp is more challenging and difficult.

On the second day of the trek in the Everest region, you will reach 3,440 meters above the sea level at Namche Bazaar. Whereas, you will cross the 3000-meter mark on the ABC trek as you trek past Himalaya village at 2920 meters. While both the treks demand physical strength and ample stamina, the EBC trek is far more arduous than the ABC trek. Likewise, the highest altitude you reach on the EBC trek is at the Everest Base Camp itself at 5364 meters. On the contrary, Annapurna Base Camp is the highest altitude on the ABC trek at 4130 meters. As such, the stops along the EBC trekking trail are also in much higher altitude as compared to the stops on the ABC trek.

Speaking of altitude sickness, most of the people start to catch its basic symptoms after they get cross 2400 meters of altitude. Symptoms like headaches, nausea, loss of appetite, and shortness of breath very common. Thus, it is very important to put in prescribed days of acclimatization while on the trek. This variation in the altitude makes it necessary for you to spend a few more days in some places like Namche Bazaar and Dingboche for the acclimatization for the Everest Base Camp trek. Since the ABC trek is comparatively easier and explores lower altitudes, it is not necessary to acclimatize.

Accommodation in ABC and EBC

The easy accessibility makes trekking to the Annapurna Base Camp cheaper which might be a plus point for budget travelers. The travelers will have access to the basic rooms in the tea houses with squat toilets and limited Wi-Fi connections. As the treks head to higher altitudes, the facilities tend to decrease and become even more basic.

Since the altitude of the trails on the Everest region is higher, the accommodation is a bit more expensive than those on the Annapurna Base Camp Trek. While Lukla and Namche Bazaar offers modern accommodation facilities, the remaining stops are filled with basic teahouses. As usual, the trekking trails start to get more remote as trekkers head higher.

Another quite common query from the trekkers is about the favorable season to visit these places. In the case of Annapurna Base Camp trek, the most preferred time is between September to November. During these months, the view of the Himalayas is even more clear and perfect as the monsoon clears out the clouds. The chances rainfall is reduced to a minimum and hence the trails are also easier to trek. This season also offers moderate temperature which is neither too cold nor too hot. The second most preferred season besides autumn is spring during March and May before the beginning of monsoon. Besides these months, spring is the season that decorates this region with flowers making the entire Annapurna trails a colorful path.

In a similar note, autumn and spring are the best time for the Everest Base Camp Trek as well. Although it is possible to do this trek throughout the year, the best months are March, April, May, September, October, and November. These are the peak months during which the trails are busier and crowded. During March to May, the weather is generally dry and stable with colorful trails covered with rhododendrons. Furthermore, you can relish a clear sky and stunning views of the Himalayas during October and November. The weather and the temperatures are at their best along with excellent trekking temperature.

It is always the hardest part when you have to pick one of the two best things. And such is the case when choosing either the Annapurna Base Camp Trek or the Everest Base Camp Trek. Both of these treks are the finest and most popular treks as they have their specialty. If you are looking for a diversified culture-rich trek with enormous beauty of nature, Annapurna Base Camp can be your choice. But if your intentions are more into a challenging trek to collect a thrilling experience, then trekking in the Everest region will be the best one for you. With all of these choices in front of you, choose the trek of your choice and you are guaranteed to have the time of your life.