How To Help Ukrain In War Situation

How To Help Ukrain In War Situation 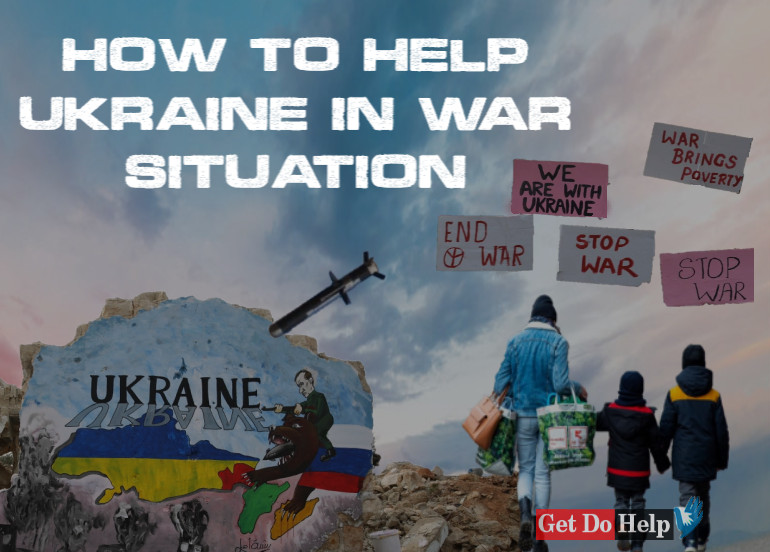 The recent war between Ukraine and Russia is nothing more than a horror show for many people. Millions of people in Ukraine are affected by this war and forced to displace from their country. In this situation, different countries and civil societies are coming forward to help the people of Ukraine.

The first thing you can do is raise your voice against Russian aggression. You can join different political activist groups and do protect in front of Russian embassies. The collective voice of the people will put lots of political pressure on Russia.

As a result, Putin might rethink his decision and deescalate the war condition in Ukraine. Many political activist groups are already doing this and you can fortify their struggle by joking them. It would be one of the best ways you can help Ukraine in this war situation.

Russia gets its power to wage war against Ukraine from trade. By boycotting Russian products, you can put financial pressure on Putin. Currently, European Union and other countries are putting financial sanctions on Russia to weaken its financial power.

You can follow the same strategy and boycott Russian products. Already, many bar owners in Canada and Las Vegas are boycotting Russian vodka. You can follow this strategy to put financial pressure on Russia and force them to rethink their decisions about Ukraine.

You would be surprised to know that many people aren’t aware of the current situation in Ukraine. Most of these people also don’t know about the atrocities done by Russian troops. Therefore, you must build awareness in public and share the latest news about Ukraine with everyone.

For this purpose, you can use various online tools. Write blogs about Russian atrocities and spread your message on social media. By spreading true news of Ukraine to the world, you can support Ukraine morally. Many ethical hackers are also defacing Russian websites and putting pressure on the Russians psychologically.

It is heartbreaking news that many Ukrainian children are losing their parents and becoming orphans. These children have no future unless we take care of them. Only love and care will cure their loss. For this reason, you can adopt a Ukrainian child and give him a better future.

Currently, when Ukraine is in turmoil, it is the best thing you can do for this country. Your love and care will ensure a good future for these children and let them have a good future. Their parents will also fight bravely on the frontline when they learn that the future of their children is secured.

The first thing you need to understand is that all Russian people are not for this aggression. You would be surprised to know that more than two thousand people in Moscow got arrested for showing protest against this aggression. Therefore, ordinary Russian people are not an enemy here. So, don’t hurt or abuse ordinary Russian citizens for this war. It is a political war and you need to follow political tactics to help the Ukrainian people.

What Russia is doing against Ukraine is unacceptable in any way. However, this activity should not provoke us and we should not do any terrorist act against normal Russian people. What we can and should do is isolate Russia politically and economically. At the same time, we should raise our voice against this aggression and help the Ukrainian people financially and politically. Your small financial contribution will help Ukrainian people a lot.