Is 100 Mbps enough for modern usage?

Is 100 Mbps enough for modern usage? 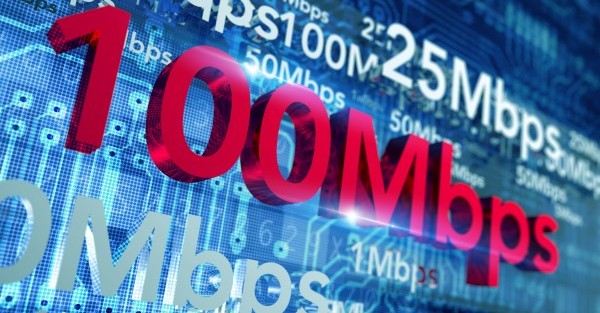 Whenever we talk about choosing an internet connection from internet service providers, the most important that comes up is speed. It measures Internet speed in Megabits per second or Mbps.

To understand how Mbps works, let’s take the example of irrigation. You have a small canal that represents 10Mbps and a larger canal which represents 100Mbps. The larger canal will ultimately let more water pass through it. Similarly, 100Mbps allows more data to pass through because of its larger bandwidth, thus increasing internet speed. The more the Mbps, the faster your internet will be.

100Mbps is technically , quick﻿ internet. Let’s go back to the 90s when we had to deal with the dial-up modems, flexing their 56k muscles.Nowadays the average website is approaching 2 Megabytes of data which would take the 56k modem about 10 minutes to load up. In comparison, the 10Mbps would take only a second to load up that page.100Mbps is supposed to be 10 times that speed. So if we round it off, it should take 0 seconds for the page to load.

However, times are changing, and with introducing Wi-Fi, provided by any internet service provider in my area , a lot of that bandwidth is distributed.Now the question is whether 100Mbps is enough for a single household, with at least 3 to 4 members each with 2-3 devices connected to the internet.

Technically , 100Mbps is more than enough.

Why would you need something faster than a 0 second load time?

Why would I even go for 100Mbps when 10Mbps seems to do the work just fine and costs me less?

Second, we're not just dealing with Web pages anymore. There is a multitude of things eating up internet traffic these days like gaming, e-commerce, social media and the most demanding of all these, streaming.You have YouTube, Netflix, Hulu, adult-oriented videos, etc. these files are massive and amount for a staggering amount of the internet traffic out there. Netflix and YouTube alone amount for 25% of the total internet traffic worldwide.

Now perhaps Netflix recommends 5Mpbs to enjoy streaming, but don't forget that Netflix isn’t the only thing running on that Wi-Fi router. You’ve got phones, laptops, security systems, security cams and most times nowadays, smart lights, smart locks, among many other things, connected to that one Wi-Fi router. Then you multiply that with the number of people at home each with their own devices.

Now your average usage won’t be your max usage. Throw in a 4k stream into the mix, things change immensely.Plus, there is always the problem of congestion.During high traffic times when everyone around you is online or streaming things can slow down considerably. There is almost no way you’ll be getting your maximum speed.

Thus if you’re averaging 10 to 20Mbps of usage, it is the right choice to go for 100Mbps. You could make it work within 25-30Mbps, but you will constantly risk seeing a buffer wheel or a low-resolution picture or video, which becomes very annoying with day-to-day usage. With 100Mbps, you’ll most likely never have to worry about those problems.

So, in conclusion, we can say that yes 100Mbps should be more than enough for your modern-day internet needs.