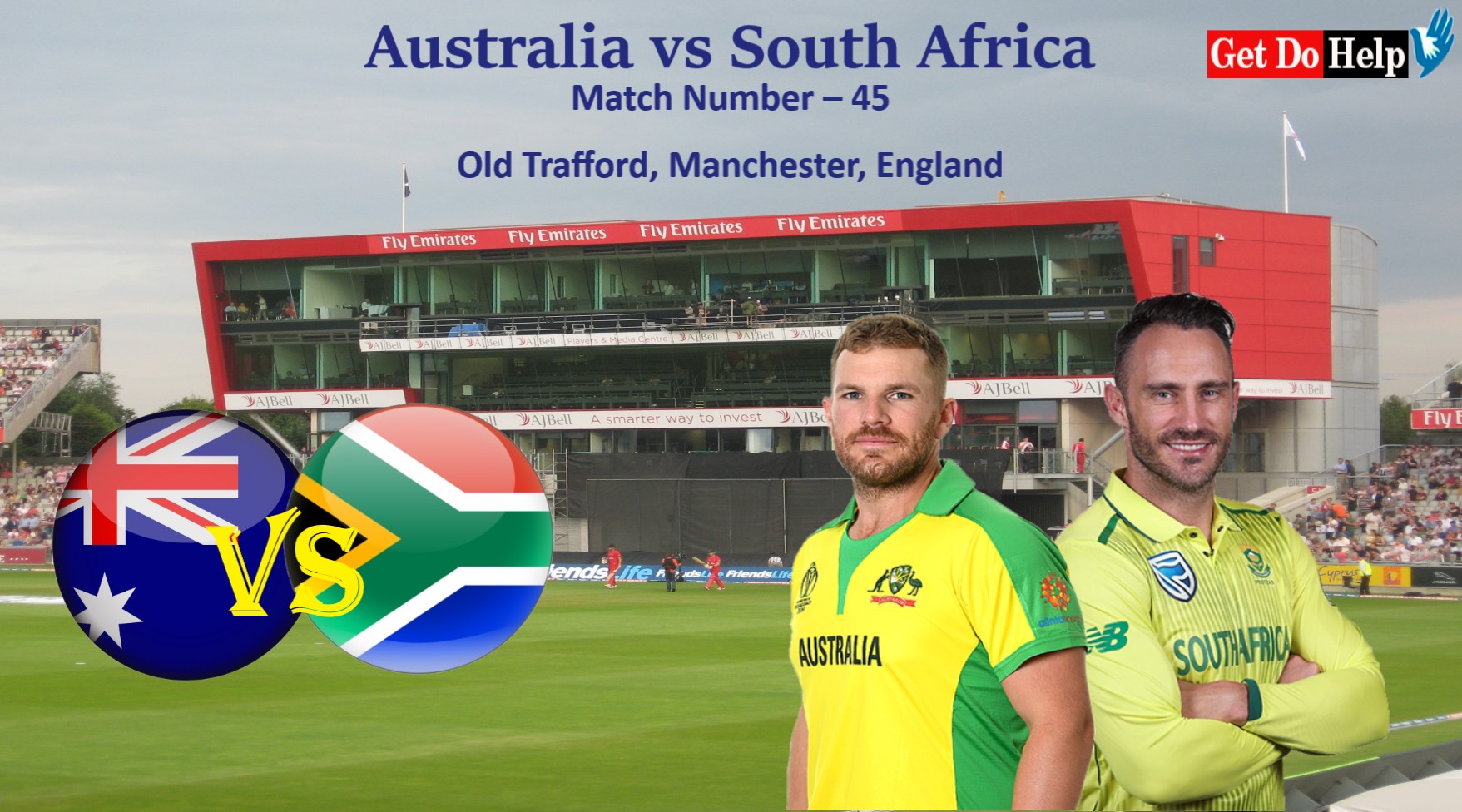 Match Prediction : Australia expected to win this match....... To know more about our prediction and tips read below details

The weather is very pleasant but there are chances of rain in the morning. After that cloud will be clear and the sun will play hide and seek. The temperature will be around 18 degrees Celsius in the beginning and will come down to as low as 12 degrees Celsius. The humidity will be on the higher side.

High scoring match is expected on this ground, the venue has been a witness to four matches and all of them were won by the team batting first. Barring the New Zealand-Windies match, the chasing teams lost games by 89, 150 and 125 runs respectively. Hence it won’t be a surprise if the teams, opt to bat first after winning the toss. The pitch has been good for batting and a high-scoring match can be expected tomorrow.

The top team of this tournament till now may rest Glenn Maxwell, who was smacked in the forearm in the nets session. If he doesn’t play then Peter Handscomb is likely to replace him. Maxwell has been cleared off any serious injury though. Shaun Marsh has also been ruled out after getting hit on the wrist by Pat Cummins. David Warner and Aaron Finch have been outstanding with 516 and 504 runs respectively. Usman Khawaja has gotten a couple of 80s in the last three matches and is in good form. Marcus Stoinis hasn’t had much to do with the bat, but he has contributed with the ball with seven wickets. Steve Smith and Alex Carey have done their job pretty efficiently as well. In the bowling unit, Mitchell Starc has been the standout with 24 wickets. Cummins has lent him good support with 12 wickets.

This tournament is not good for Africans. The South African team may not wish to change their combination. Quinton de Kock started the tournament well, Hashim Amla notched an unbeaten 80 the last time, Faf du Plessis scored 287 runs at 57.40, but even he has had his difficulties during the World Cup. Rassie van der Dussen has batted only five times and he has scored 216 runs at 54. JP Duminy also played well, Phehlukwayo has done well with 129 runs and nine wickets. Chris Morris is their leading wicket-taker with 12 wickets. Kagiso Rabada has blown hot and cold, though he got two wickets in the last game. Imran Tahir has been more than effective.